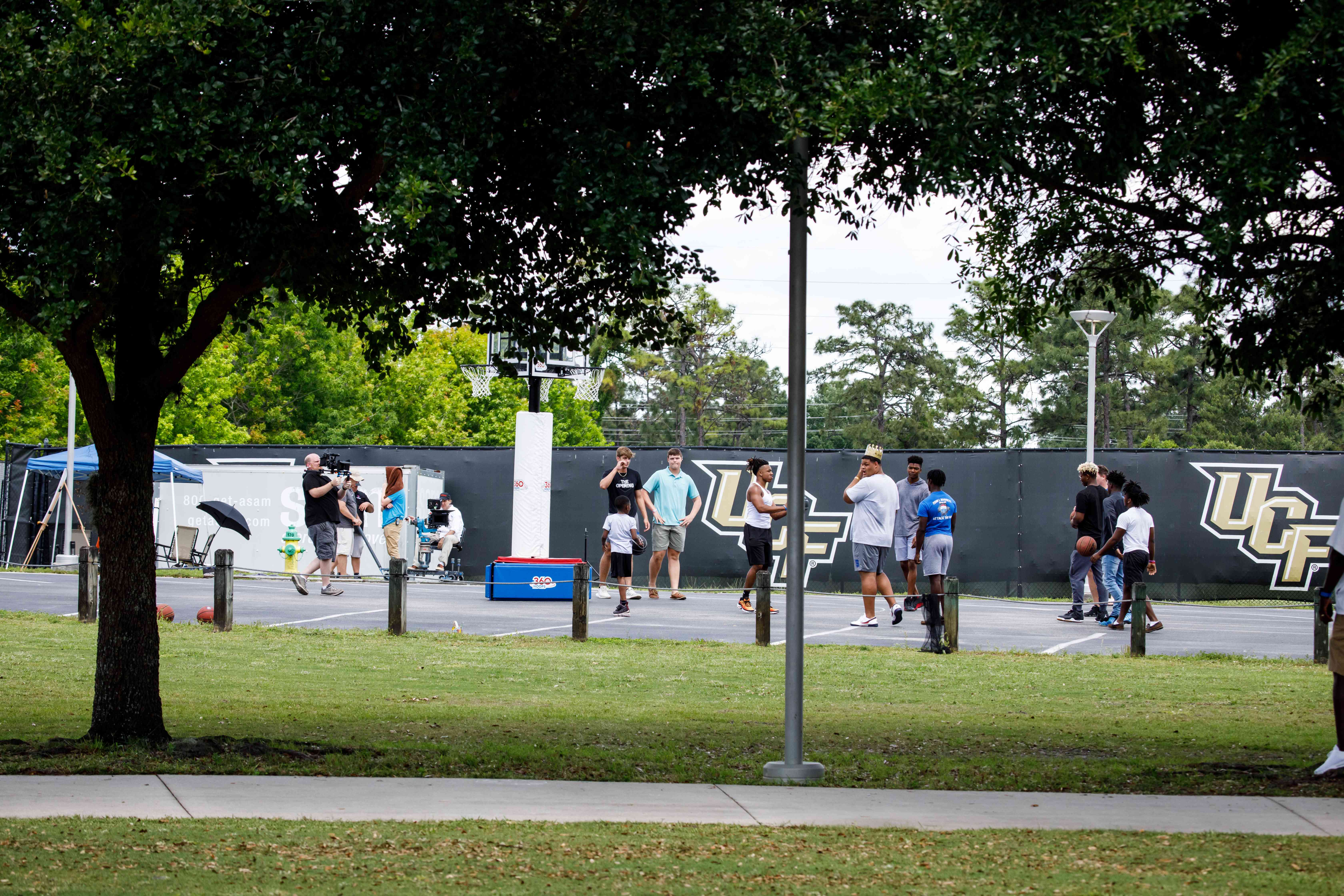 360 Hoops was excited to participate in UCF’s 2019 annual spring football game and UCF’s Fan Fest Event at Spectrum Stadium in Orlando, Florida. It was a great opportunity for their Men’s and Women’s Basketball Teams to use 360 Hoops to engage the many fans in attendance. In fact, both the UCF Men’s and Women’s Basketball Teams made the NCAA Tournament this year. Could playing on 360 Hoops at UCF Fan Fest been the factor in making the NCAA Tournament teams? Probably not but all of the fans and players that had a chance to play it had a blast!

Every person that had a chance to step on the 360 Hoops court at these two events had nothing but great things to say about our hoop. Groups like the UCF Soccer team alumni,  fraternities, and the Colonial High School Football team all had the chance to play on our hoop and you can watch the gameplay videos of these event below! 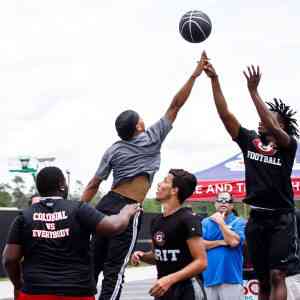 Coach Donny Hodges who you would normally see pacing up and down the sidelines at Colonial High School football games was pacing around our 360 Hoops as his players competed against one another in some fun 3v3 gameplay at the UCF Spring football game festivities. “It’s great to see athletes from every sport be able to play on a 360 Hoop and just have a great time out there,” said Founder and Coach, Shane Brey. He added, “one of the best features of our basketball hoop is that it gives every skill level the opportunity to participate and contribute in a vital way.”

360 Hoops will be working with UCF to put together an exciting bracket tournament sometime during the 2019-20 school year that will be helping benefit multiple charities. Initial discussions with UCF have given the idea of surrounding the UCF stadium with our Hoops on gameday weekend to give tailgating fans some extra action to watch prior to their first game! In addition, fraternities and sororities may be participating in a tournament on the Friday prior to this gameday event and the final 3 men’s and women’s teams could be facing off at halftime of the UCF Football game while also featuring a substantial charitable donation from the funds raised through the tournaments to select charitable causes. All in all, big things are in the works for 360 Hoops and the University of Central Florida fans.

Thank you to all the UCF fans that have come out to participate in the last two events and Go Knights! If you have questions about 360 Hoops or would like more information on upcoming events like this please contact us or visit our website.