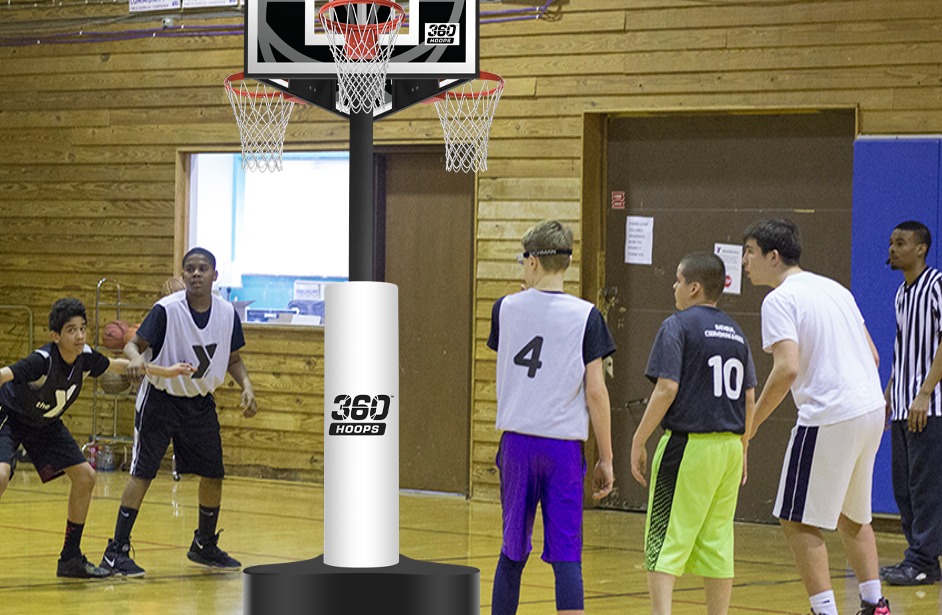 With its own strategies, rules and skills, 3 on 3 basketball has taken its place in the game. More touches and more action for each player are big reasons why it’s taken hold.

And 3-on-3-on-3, where two teams are playing it out and another is waiting in the wings ready to check in at any moment is another wrinkle made even better by the advent of 360 Hoops, the circular, three-basket version of the game that’s been catching on with schools, community centers and other organizations across the country.

After each basket, the defending team subs out and the third team hits the floor running and ready to play on the fly. With three baskets and constant motion and action, that “out” squad isn’t on the sidelines for long–meaning more activity, attentiveness and excitement all around.

In 360 Hoops, players shoot towards–and defend–three baskets at once, facing out at 120-degree angles onto a circular court. The game puts a premium on defense, awareness and moving without the ball–all great skills to use in standard competitive basketball.

360 Hoops’ overarching goal is getting youngsters engaged in basketball to grow the game and improve fitness. Ask us about our unique drills and game plans to help coaches maximize the benefit of 3-on-3-on-3.