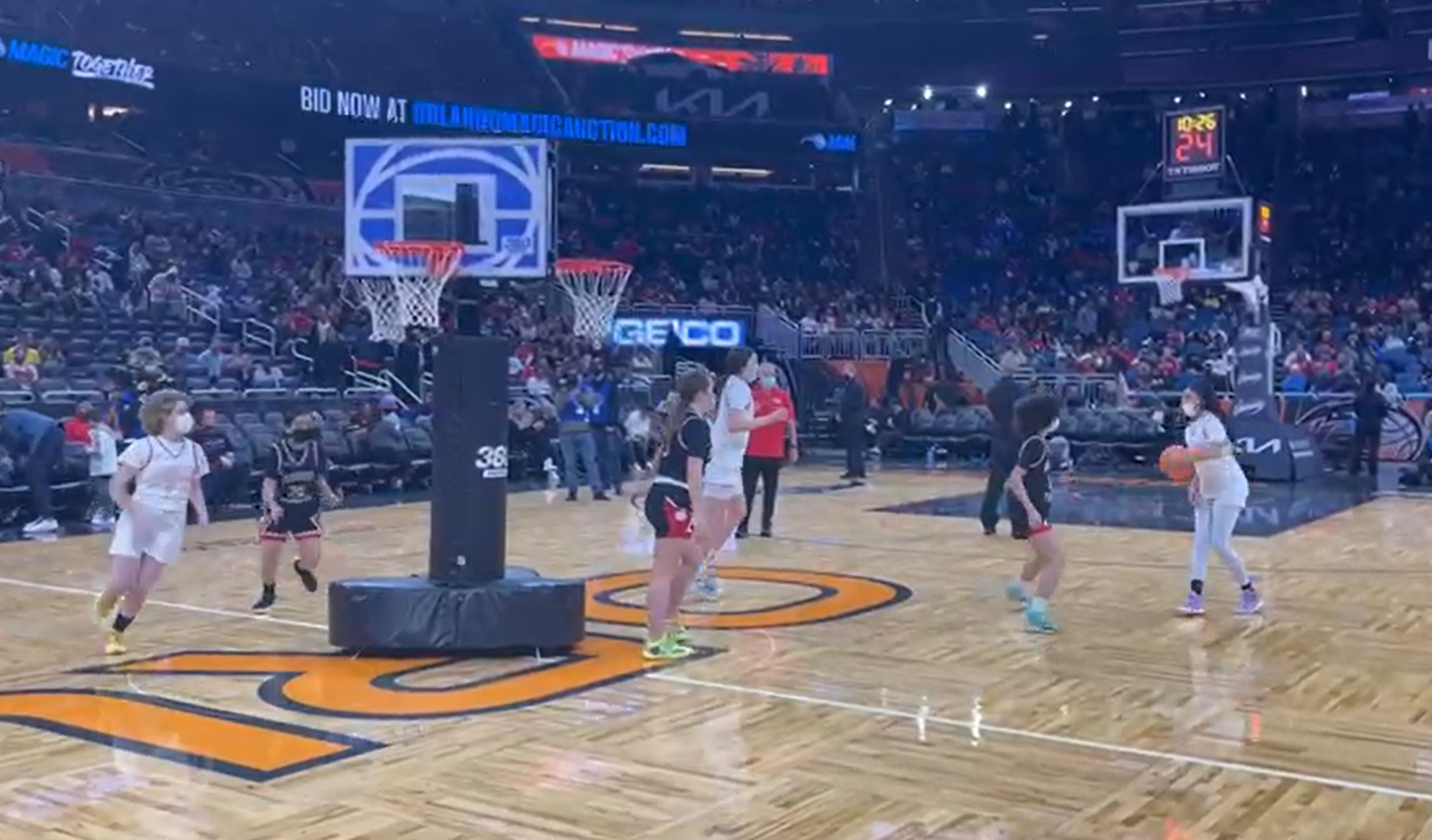 In one of its most public in-person displays of its patented three-on-three version of basketball, 360 Hoops had the opportunity to experience the game before and during the team’s contest against Chicago on Sunday, January 23.

From 4-6 p.m., kids and adults at the 360 Hoops station at the Orlando Magic Fan Fest at Church Street directly outside of the Amway Center shot a few hoops and got a quick tutorial on the game, which features a patented circular court and three connected baskets and backboards attached to one pole. Then during halftime, players from Blessed Trinity and Team Dynasty took their best shot in drills and games on the Magic’s home floor, cheered on wildly by the nearly 19,000 fans in attendance.

“We are appreciative that the Orlando Magic believe enough in our unique take on the game of basketball to allow us this amazing opportunity to give fans a first-hand look at how we are changing the shape of the game,” said Archie McEachern, 360 Hoops CEO. “After getting a few reps on our three-basket set up pre-game, fans got the chance to see how our exciting game is played on a competitive level, and they responded!”

The 360 Hoops station featured coaches and other organization reps talking about the game and giving some quick instruction on its rules and how to best utilize the three goals.

360 Hoops, the brainchild of coach Shane Brey and fellow co-founder Anthony Gomez, is an exciting, inclusive addition to the shape of basketball at all levels, incorporating a three-on-three, three-basket game played on a circular court. Teams compete on the circular court, which features a proprietary single stanchion with three regulation baskets facing away in each direction. Players can score for their teams in any of the three baskets. 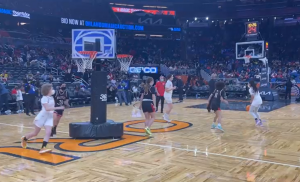