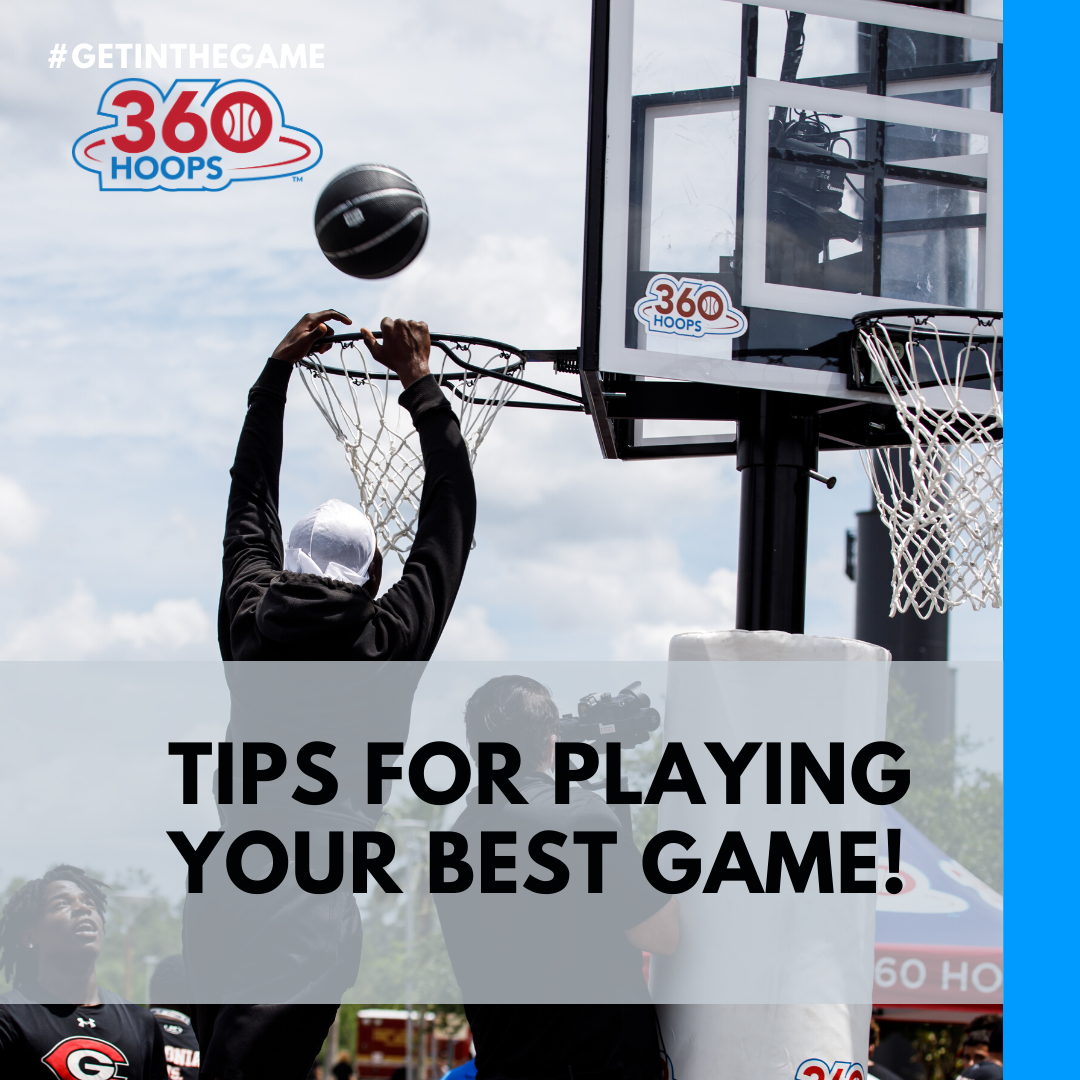 Here at 360 Hoops, we are players and coaches who live and breathe the game, and love to help others play. We have coaches in our company who have elite experience, training top college and NBA players, and here are a few training tips that apply to all levels.

1. Locate the rim earlier.When you find the rim sooner, it gives your brain a split second longer to calculate the distance, perfecting the range you need to cover. Start finding the rim in practice—the earlier in your shot, the better.

2. Shooting is your most important skill.It should go without saying, but too many players focus on other things like trying to perfect their dunk. Nope. Every other skill is secondary to shooting. To that end, you should aim to make 1,500 shots per week. Create that muscle memory, shooting from every location, so that you don’t have to focus on your shot during game time— by the game, it should come naturally.

3. Practice in game-like conditions. During games, you’ll be sprinting like there is no tomorrow. If you’re playing the game right (and let’s just assume you are), you’ll be fatigued, mentally and physically. Capture that during practices so that you are accustomed to it. If you can’t scrimmage during practice, throw in a few tricks to simulate the increased physical activity from a game:

4. Finish with a relaxed wrist.

5. Don’t think about your shot during games. The time to focus on your shooting mechanics is during practice. Practice is when you repetitiously shoot, using good form, developing muscle memory, so that during a game, you can rely on those established skills. Don’t think, just put it up!

6. Land in front.You’ve got to have balance. After you shoot, land in front of where you started. How? Make sure your momentum is forward facing, toward the basket, every time you receive the ball. Maintain good stance, as well.

7. Fix bad habits immediately. Just like any other sport, technique that is learned incorrectly or practiced incorrectly, can become a habit. Fix it! (Yesterday!)