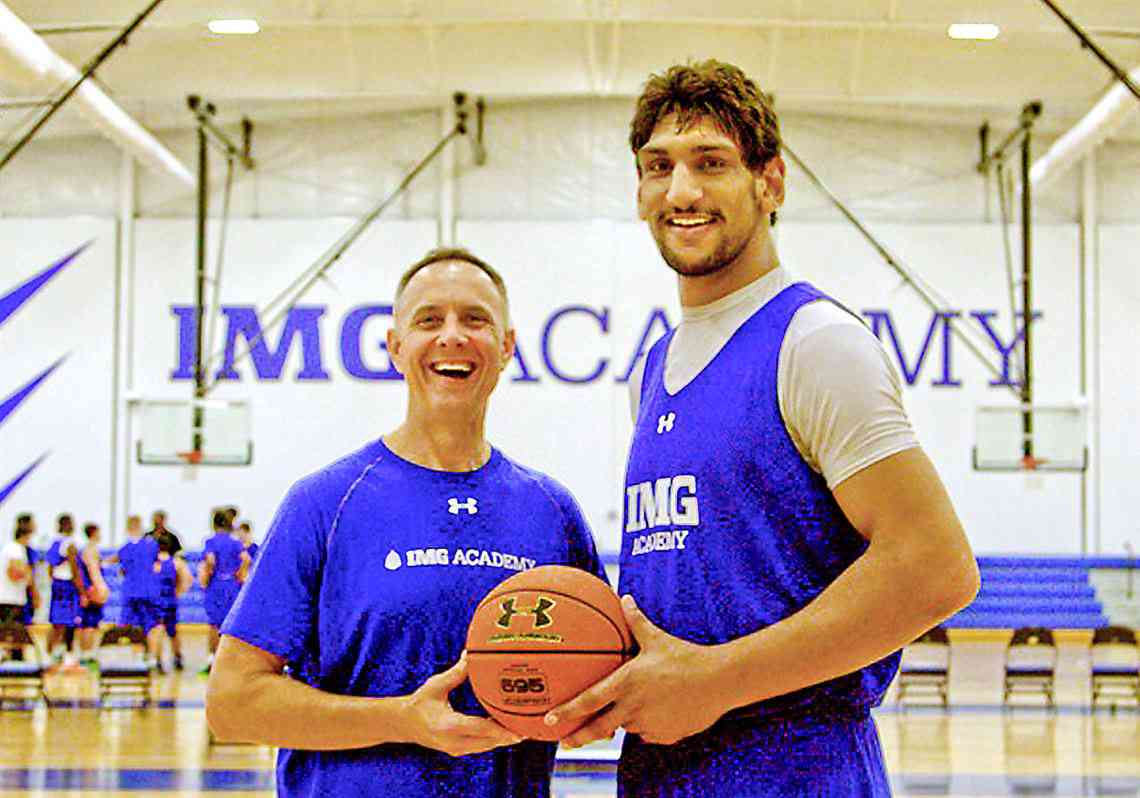 In almost every sport, there are modified youth programs to help the younger players play.

Soccer starts out with 4 v 4 on a smaller field and works their way up to 11 v 11. Baseball starts their young players with T-ball which enables more balls to be put into play while Hockey uses cross-ice games which condenses the game into a shorter distance which equals more shots.

Basketball is the only major sport that plays 5 v 5 on a full-size court from the beginning.

Having basketball youth start out playing 5 v 5 full court games puts them in a position where they lose out on the early fundamentals they need to build upon for long-term success. When smaller children are placed on a full-size court, there is more dribbling and more passes to advance the ball down the court, as opposed to being able to shoot effectively on a goal that is too large for them. This will increases the opportunity for failure by continually turning the ball over, and less shots are taken and made.

By playing 3 v 3 on the 360 Hoops adjustable goal, the game is centered in the scoring area and creates a higher quality of play. It increases the number of shots taken because the players are closer to the basket which keeps them more engaged. With the goal lowered from the regulation 10-feet, the students are able to practice their form, and actually make the shots they attempt.

The skills that should be the focal point at the young level are shooting layups, catching and getting in a “triple threat position,” which enables the players to spend as much time as close to the basket as they can. This will increase higher percentage shots on goal.

This situation also creates more opportunities for each player to shoot fundamental shots such as lay-ups. 3v3 play forces players to move without the ball and puts more emphasis on the other two players to be ready to help if their teammate gets beat off the dribble. They will have more space and time to evaluate options and make correct decisions, whether squaring to the basket or passing off the dribble to the open player.

If you are concerned that playing 3v3 will hurt their adjustment to a 5v5 league, don’t be. These skills will transfer.

As they level up, players will have to adjust to a faster game, but that happens any time that a player moves up an age group. Players will face different pressure, including presses, but they will have a higher skill level with which to use against the increased defensive pressure.

3v3 leagues are obviously not the only way for young players to develop, and they will not solve every problem. But in my opinion, playing 3v3 games on 360 hoops provides the best means to develop young players and prepare them for full court 5 v 5 games when they get older.

A highly acclaimed coach at IMG Academy, John Mahoney (Pictured above with Satnam Singh) has coached at University of Michigan, West Virginia, Duquesne, Robert Morris University, and Mount Aloysius College, where he left as the winningest coach in their history.

Mahoney was inducted into the OLSH Hall of Fame in 2003, and has coached multiple NBA players.