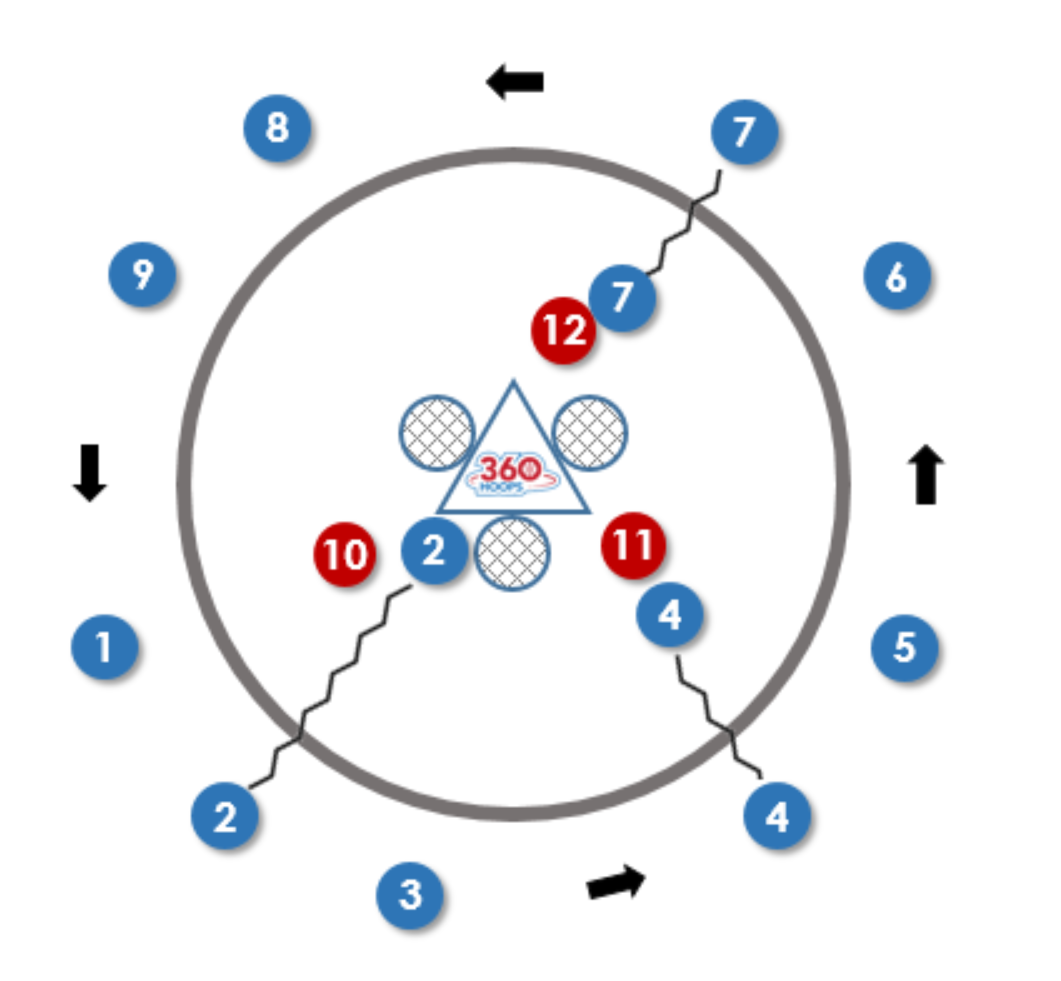 When the whistle is blown each player outside the circle must drive to the basket pole and not be tagged by the sharks. If they get to the pole safely, they receive 1 point and can return back outside for the next whistle. If a shark tags a player, That player will become a shark and the shark will then become a minnow. This game can be played to an agreed number. This is great because it involves all kids actively involved in dribbling, keeping their head up and hand/eye coordination.

Sharks & Minnows is a popular game played by children and has been adopted by 360Hoops to play basketball at the same time. The game starts with 12 players (Minnows) dribblings their own basketball outside The Playing Circle. 3 players (Sharks) are dribbling their own basketball inside The Playing Circle. When the coach blows their whistle, each player outside the circle drives towards the 360 Hoop.

The Sharks attempt to tag any Minnow while still dribbling their basketball. If a Minnows touches the pole untouched, they receive a point and return to outside The Playing Circle. If a Minnow is tagged by a Shark before they touch the pole, that Shark becomes a Minnow and the tagged Minnow becomes a Shark.

The game stops when one player reaches an agreed upon number of points. Should the coach not have 15 players, they can play with fewer Sharks and Minnows, with a proportional similarity of 1:4. Recommended for elementary aged children and is a great drill that involves a large number of kids who will all be actively dribbling with their head up and developing coordination skills.