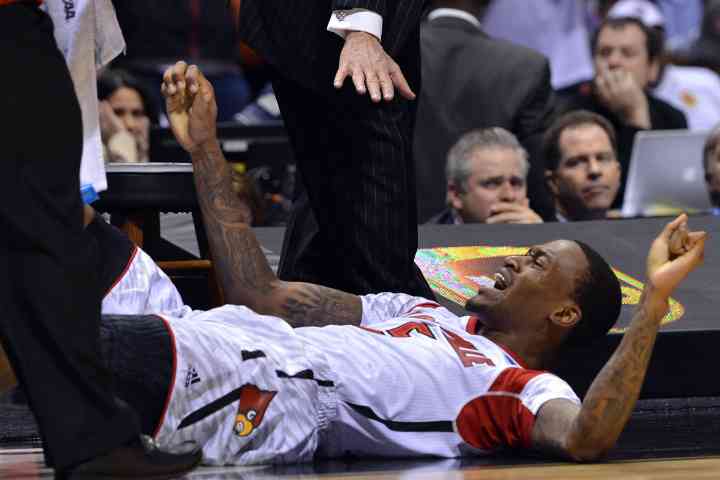 Overtraining can lead to Injuries

It was the broken bone heard around the world.

We remember it like it was yesterday. It was March 31, 2013 in the first half of the NCAA tournament.  Louisville player Kevin Ware was in the air one minute, and the next, he was on the floor with his jagged tibia poking out of his leg.

It led to a lot of speculating… HOW did that happen?  A man as young and fit as Kevin Ware- how did his leg just snap like that?

Sports physicians have since pointed out that a compound break of that nature is quite rare in basketball, and have declared it a “freak accident.”  It was likely a combination of elements that led to that tragic moment.  Kevin probably torqued his leg as he landed, causing the bone to snap through his skin.  Also, it has been pointed out that he very likely had pre-existing stress fractures that may have made this area of his bone weaker, and more susceptible to injury.

We’ve been thinking about that a lot lately.  Overtraining, that is.  In today’s sports climate, players are joining competitive teams at younger and younger ages, leading to higher and higher intensity of play from a young age. This inevitably leads to overtraining on young developing bones if the player isn’t careful.

We all know that overtraining can lead to injury.  In fact, here at 360 Hoops, it is one of our most favorite elements of our 360 Hoops. Due to the very nature of small-sided play, players can train more safely on our hoops.  Repetitions can be acquired quickly, cementing muscle-memory skills. Players can get the same amount of play in an hour that they could in three hours on a traditional hoop.

One of our mottoes is train smarter.

As for Kevin Ware, he healed and he moved on to playing in many more games.  We’re so happy about that, not only because he’s such a talented player, but after experiencing an injury like that, he deserves years and years of healthy, happy play.