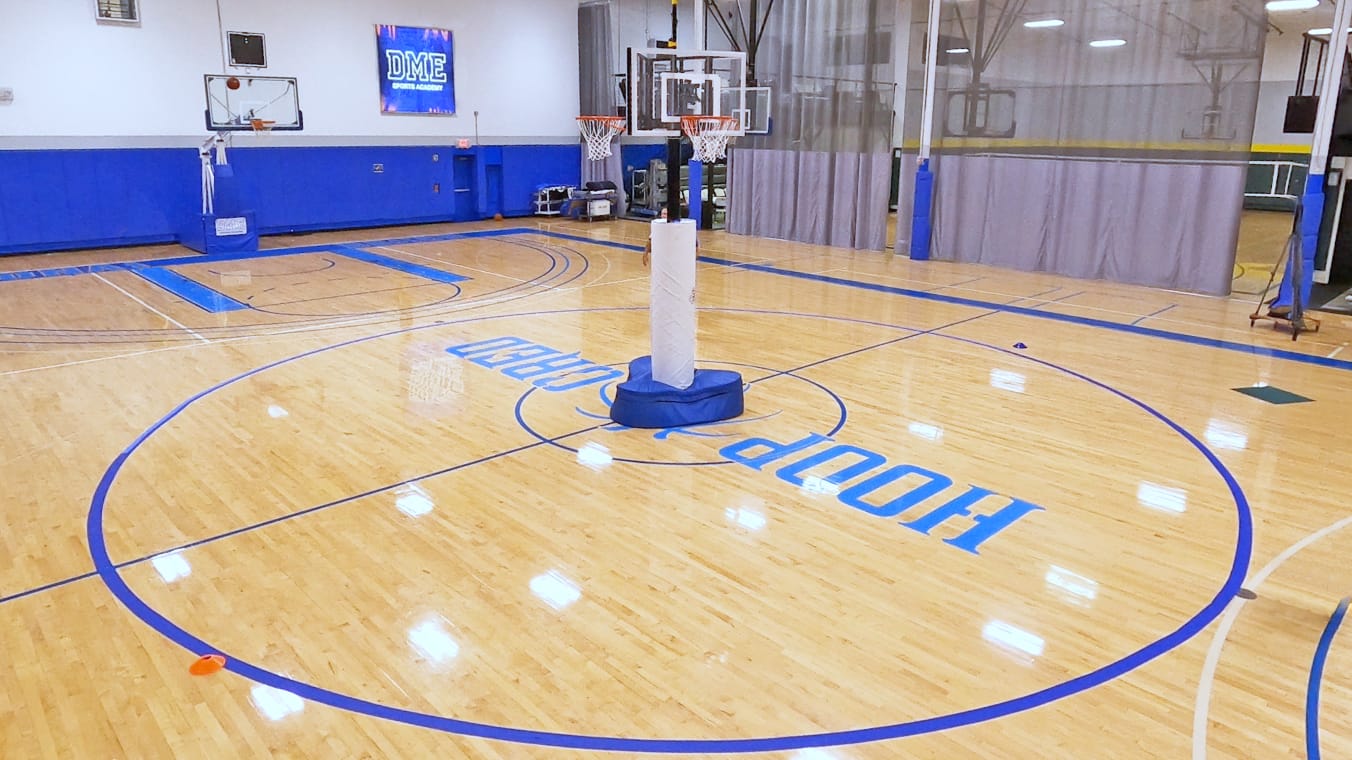 3v3 King of the Court Gameplay

“The best part of it all is that these athletes are having fun!”

Whether you are looking for an intense cardiovascular workout or a new way to teach defense, passing the ball effectively, communication, and moving without the ball our competitive gameplay will help. Here is how our gameplay works:

3v3v3 “King/Queen of the Court” Rules

1) 2 teams of 3 players compete within a 30’ circle around the 360 Hoop basket while 1 or more other teams wait in the cue outside of the circle.

2) One member of the offensive team will stand outside of the playing circle and check the ball to a defender. They can then dribble into play or pass to a teammate inside the circle.

4) If a defender gets a stop or rebound, they must dribble the ball back outside the playing circle before attempting to score.

5) On a score, the next team waiting in the cue will quickly transition in on defense. A new team will rotate in on every consecutive score until one of the teams reaches an agreed-upon point value.

6) Youth bracket games are timed at 12 minutes with a championship game having a 10 minute first half with 3 teams, and a 10 minute halftime with the top 2 teams.

7) Elite bracket games are played like championship youth games and have a 10 minute first half with 3 teams, and a 10 minute second half with the top 2 teams. In this 2 team 2nd half the losing team on the prior play get’s the next possession.

8) In the 2nd half of the championship games or Elite matches teams will alternate possessions after a made basket no make it take it.

9) The last 2 minutes of each half points are double value or 2 points each basket.

10) Each team has 2 flags they can use on their possession at any time in the game they are 5 or more point behind. If they score on that possession they will get 3 points. These game sequences are the hardest fought points and make for great spectator viewing.

11) If there’s a change of possession, the team in possession must dribble out of the circle and enter back in via dribble or pass.

12) Possession starts with picking the largest straw at the beginning of the game.

13) Clock will stop on dead balls and made baskets the last 2 minutes of championship games.

14) All fouls are minus 1 points for that team.

15) Tie game at end will alternate possession be played until the team does not match the other teams score.

Halo, Crease or Players Circle – this is the 30’ diameter circle of the court.

Tips – The corners where all 3 baskets connect at 60 Degrees and you can easily score at 2 baskets at this angle.

Cue – When 360 hoops is being played with 3 or more teams and the next team to enter and play is in cue.

Transition Line – The circular line that each team has to enter the ball via pass or dribble. After entry into the Halo or Players circle this line becomes out of bounds.

Clover – this is the padded base area around the floor of the basket.

Trunk – this is the padded pole that can be used as a screener.

Hyrda Hoop – this is the three sided basket.

Notice in the gameplay video below how fast-paced the game is. Since players can score on any of the three baskets, you can see how important communication, passing, and screening are to scoring easily and defending well.

You can also see in the video how hard it is to defend at each basket and how tiring the gameplay can be. In our gameplay, there is no weak side on defense so players have to constantly be moving to defend their opponent at every angle. Communication is essential so teammates can effectively switch and/or hedge on screens and make sure their opponents aren’t getting easy baskets.

The best part of it all is that these athletes are having fun! Every athlete dreads conditioning in practice and most drills that teach fundamentals can often be boring and repetitive. With 360 Hoops coaches are finding that you can tackle both of these within our competitive “King/Queen of the Court” gameplay and their athletes are having fun doing it.