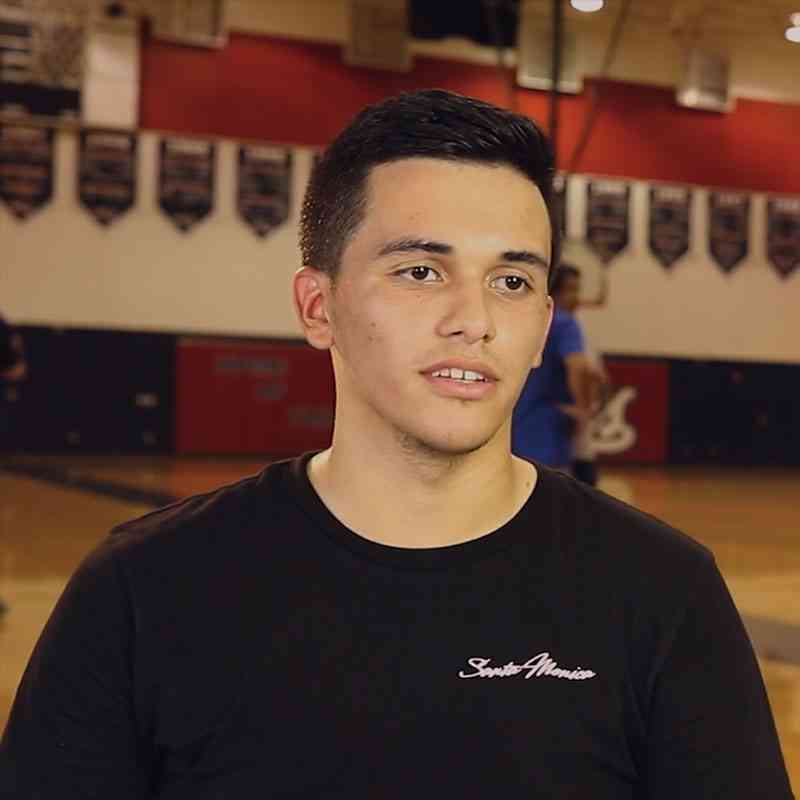 “In my position, I don’t typically have to dribble much so this forced me to work on my dribbling and passing.”

As we began showcasing 360 Hoops in many states across the country, we had the opportunity to hear from some of the students after they experienced a 360 Hoop for the first time.

Joseph shared with us how 360 Hoops really forced him to work on aspects of his game he wouldn’t normally practice much. “In my position, I don’t typically have to dribble much so this forced me to work on my dribbling and passing,” he said. We we asked him to compare it to traditional basketball he replied, “In traditional basketball there is more space which gives you more time to rest and more opportunity to space out. Really helps you learn to get to the basket.” He also told us that he felt it was a game that challenged him as a student and athlete stating, “It’s really challenging because you have to move more and stay inside the circle.” At the end of the day though, we are excited that Joseph and other student-athletes had a fun time playing!

Thank you for sharing your experience with us, Joseph! If you would like to hear more about 360 Hoops or why other students, teachers, coaches, and organizations are jumping on the “360 Team” CONTACT US today!