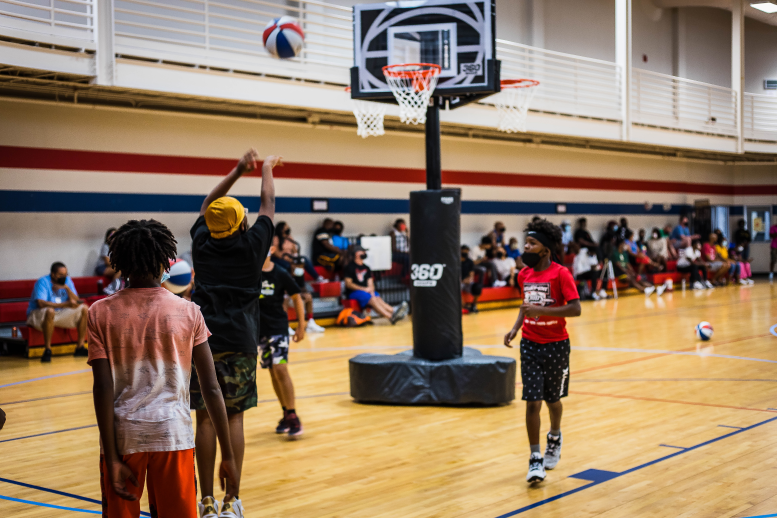 IAM Study: 360 Hoops Gets You Moving

One of the facets of 360 Hoops that jumps out right away when watching the game played at the youth and elite levels is the players’ constant motion. If moving without the ball is a key to standard basketball, that skill is even more pronounced in the circular, three-basket version of the game. Offensively and defensively, the nature of 360 Hoops makes perpetual activity a must.

How can this translate into improved fitness? And just how much are key factors improved through playing 360 Hoops? We wanted to know, too, so we asked the experts at the Institute of Athletic Movement (IAM) to put the game–and a few willing middle and high school participants–to a rigorous test to see just how to quantify the benefits.

We love the results–and we think most coaches, athletes, PE teachers and directors will feel the same way. In areas such as heart rate, calories burned, post flexibility, jumping power and steps, the IAM’s “Case Study’s’ Determining the Athletic Effects 360 Hoops has on a Select Group of Middle School Physical Education Students and 2 High School Student-Athletes (Basketball)” conducted in April and May 2021 found the game to be significantly more effective overall than standard 3-on-3 basketball.

“Upon completing a five-week study on the effects of 360 hoops on Caloric Cost and C-vascular development we have found the benefits to be exceptional,” said Kate Decker, Founder, Institute of Athletic Movement. “Both groups tested showed excellent results as well as improved flexibility, balance and power output. This game is exciting, engaging, versatile and fun and would be a tremendous addition to any Physical Education or Recreation Program.”

There’s a ton more to the study, and we’d be happy to share with interested parties. But suffice it to say that 360 Hoops is an ideal way to “round out” a physical fitness program in a fun, engaging way that gets fitness results.