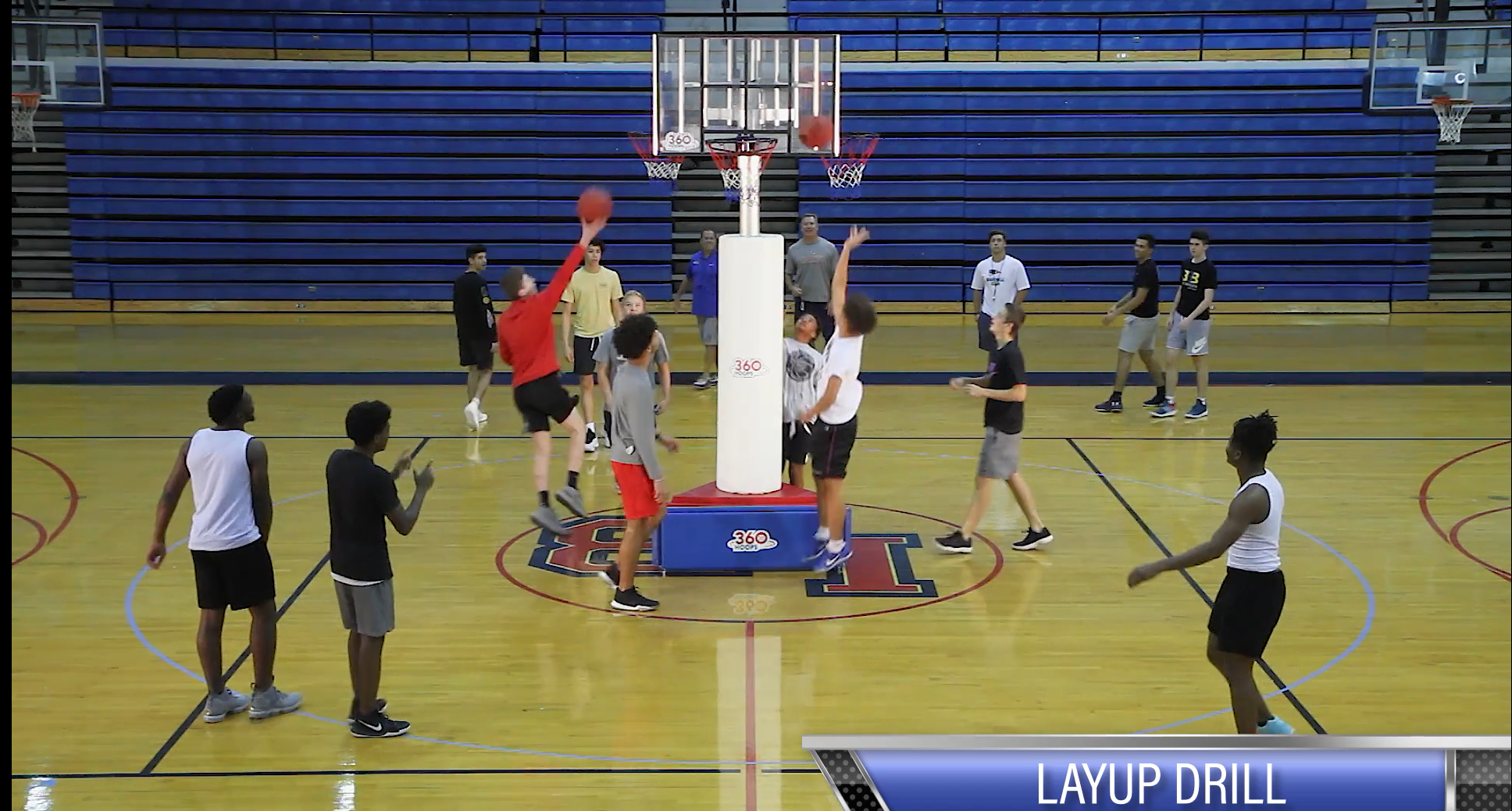 In elementary school, just getting your kids out on the court is often enough to get them excited. In middle school and especially high school, though, basketball training gets more intense.

When your goal is to help a youth team achieve its peak potential, you need to go beyond PE fundamentals. Helping kids develop the specialized skills they can use out on the court is essential.

360 Hoops is an innovative new way to help kids of all fitness and interest levels go further than before. It’ll give students the chance to achieve more both on and off the court.

Student-athletes can approach 360 Hoops from any angle they would use on the court regardless of which side of the equipment they’re facing. It makes practice four times more efficient than ever.

If you don’t have a full-sized basketball court, one 360 Hoops helps you create conditions where kids can work on their foundational abilities in shooting, dribbling, and ball handling.

If you have a court, using two 360 Hoops instead of traditional hoops makes you eight times more efficient. Plus, 360 Hoops is fun to use and gives your players an intense workout.

There may only be five players from your team on the court at once, but there may be ten or fifteen more who want to play. It’s crucial to give them the chance – especially in middle school, a time when sports participation shapes character as well as physical ability.

You want all your student-athletes confident in their contributions on the court. 360 Hoops helps them get there, even if they start at a disadvantage. Kids no longer have to come in early or leave late to show their commitment to the team. In the long run, that means more players get off the bench.

Kids and parents love the results – and that can mean more funding in future seasons.

Not surprisingly, most kids dread the old-fashioned running drill called the “suicide.”

Believe it or not, more basketball coaches are starting to see things their way.

Yes, running drills have their place. Early on, they’re great for conditioning. By the time middle school rolls around, however, they’re no longer the best option. Many coaches feel that the best drills combine conditioning with basketball skills, particularly as student-athletes mature.

With 360 Hoops, it’s much easier for kids to sprint and shoot, as there are lanes to utilize the hoop on every side. This means more diversity and depth in your drills, so your players will be well-rounded. A greater variety of tasks also helps with motivation and engagement.

No Matter Your Program’s Needs, 360 Hoops Helps You Go Beyond

Like everything else in life, athletic training changes with the times – but those changes aren’t always seen on the court at the high school or middle school level. 360 Hoops makes it happen.Whether your program is one of your state’s biggest or a lean and mean contender, 360 Hoops helps you put equipment worries in the past and get focused on improving your basketball training plan.