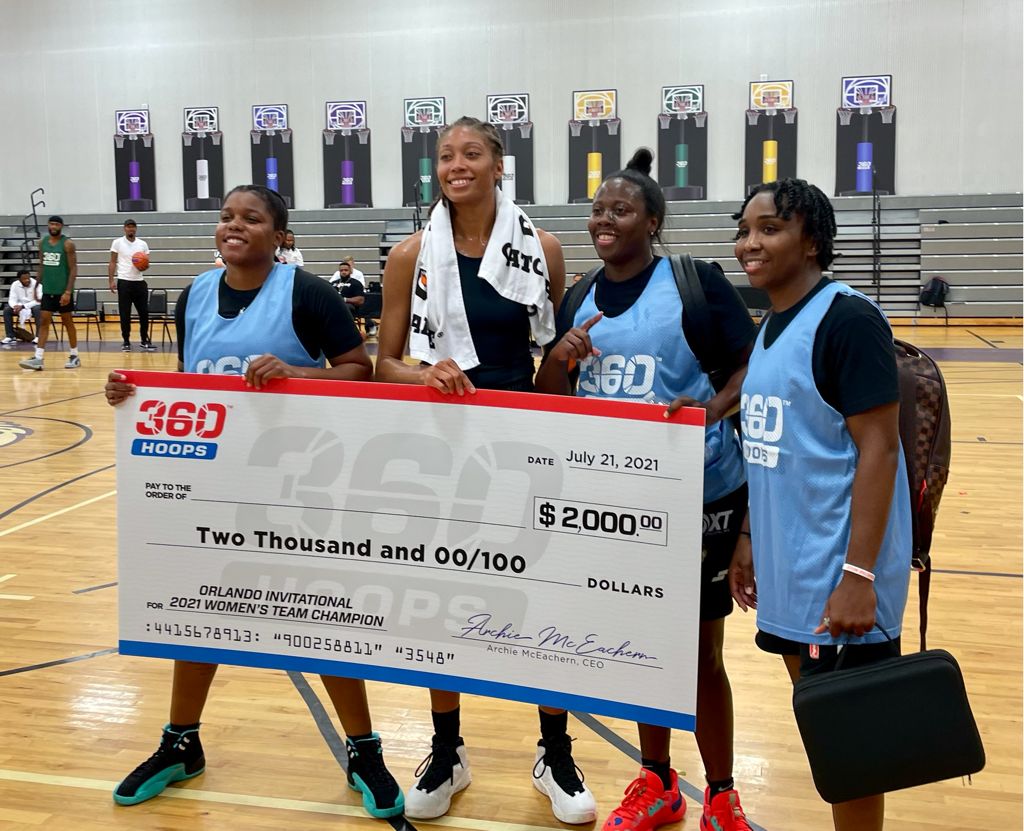 Jason Bernell scored 11 points and Kevarrius Hayes grabbed four rebounds as Bathours defeated Team Rise, 15-12, and former WNBA player Alexis Prince tallied a game-best 10 points and added five rebounds as Money Team edged Force, 15-14, to win the men’s and women’s titles, respectively, at the 360 Hoops Orlando Invitational on Wednesday night at O.C.P.S. Academic Center for Excellence. In all, 10 teams battled it out in 360 Hoops (www.play360hoops.com), a three-on-three version of basketball which features a patented circular court and three connected baskets and backboards attached to one pole.

The winning teams collected an aggregate $5000 in prize money. The event was held in conjunction with A.C.E. League Orlando (www.aceleagueorlando.com), whose mission is to bring high level basketball players throughout the city of Orlando to one centralized location.

Select contests, including the championship game, will be broadcasted via national and regional networks and streamed at the 360 Hoops YouTube channel. Schedule and outlet to be announced.

“The high quality of play from all 10 teams at the 360 Hoops Orlando Invitational made for a super-competitive environment and an amazing showcase of how we are changing the shape of the sport,” said 360 Hoops CEO Archie McEachern. “The outstanding athleticism and basketball acumen of our champions demonstrated how exciting and fast-based our game is, and we couldn’t be more pleased with the results, in particular that last-basket-wins women’s final!”

360 Hoops, the brainchild of co-founder Shane Brey, is an exciting, inclusive addition to the shape of basketball at all levels, incorporating a version of the traditional three-on-three basketball game. The game features a proprietary single tri-basket goal with three regulation baskets facing away in each direction on the center of a circular court. Teams can score in any of the three baskets on each possession.