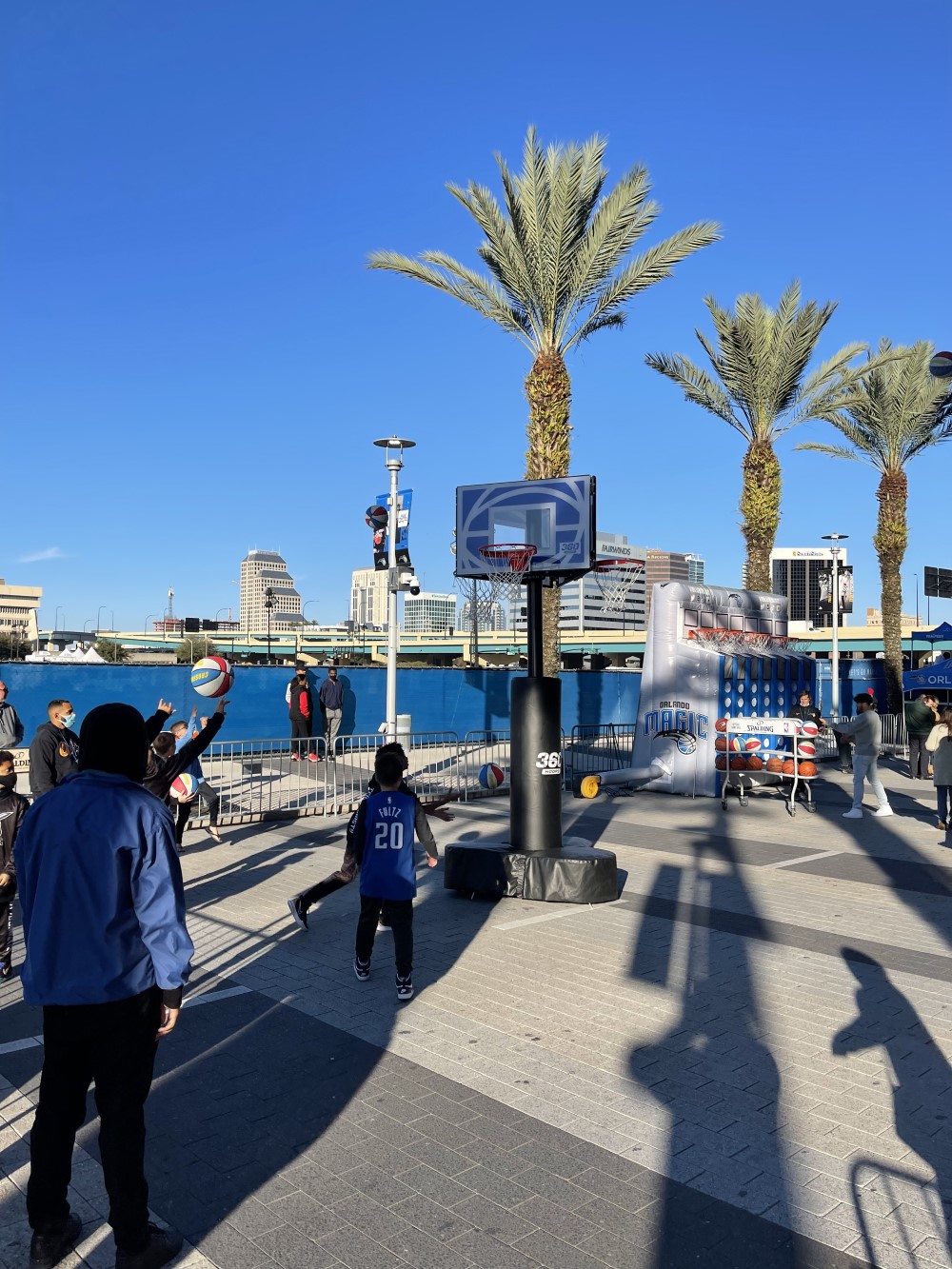 Fans getting ready for the Orlando Magic’s game against Chicago on Sunday, January 23, got an unexpected surprise at the team’s Fan Fest out in front of the Amway Center. During the two-hour event, kids and adults took their best shot as 360 Hoops had its patented three-basket hoop ready to go, and the results spoke for themselves: huge engagement, lots of energy, and–most importantly–tons of fun.

“We were blown away by the reactions of kids, parents and fans of all ages to our Fan Fest set up” said Archie McEachern, 360 Hoops CEO. “These are the team’s most fervent followers, and they had a blast. We are even more convinced that this a tremendously creative new way for teams and organizations to get their most avid fans excited and engaged, and we are appreciative that the Orlando Magic believe enough in our unique take on the game of basketball to allow us this amazing opportunity.”

The 360 Hoops station, part of a series of interactive exhibits at Fan Fest, featured coaches and other organization reps talking about the game and giving some quick instruction on its rules and how to best utilize the three goals.

“We believe 360 Hoops will transform the pre and post game fan engagement experience for professional and college teams,” added McEachern, “as it combines wellness, fun and sport through a completely new basketball innovation.”

Fans attending the game that evening got a first-hand look at how the game is played, when Blessed Trinity and Team Dynasty demonstrated on two courts at halftime on the main court. 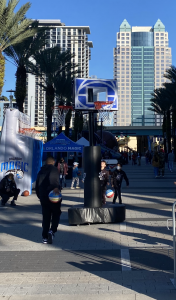