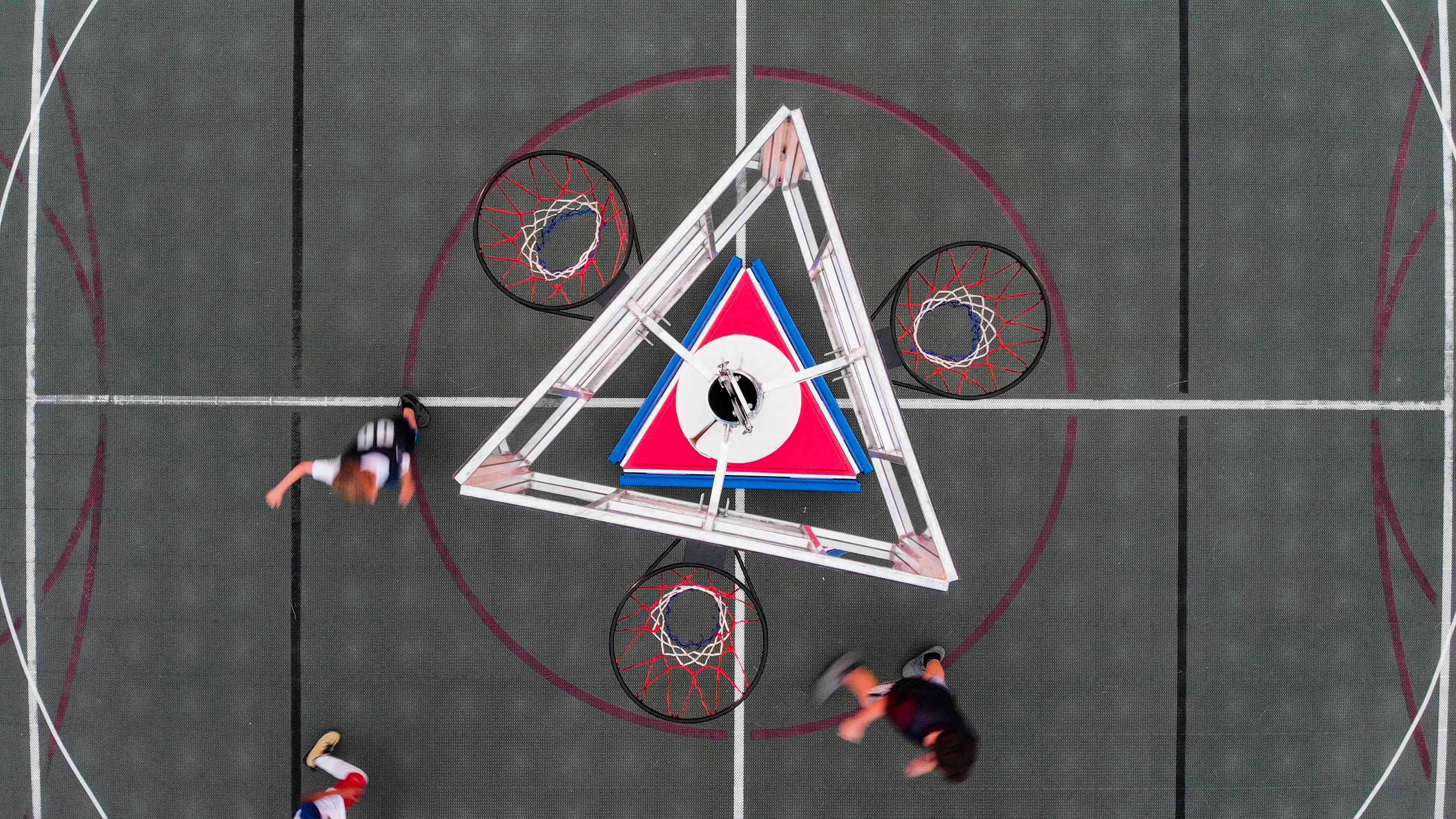 There is a game that has been played throughout the US with various names – New York City 21, rough house, cutthroat, hustle, and various other names.
The game has an unspecified and unlimited number of players and can be played on a single 360 Hoop. Players utilize all three baskets to score giving more variations to the game that are not possible on a single basket.

The game begins as a single player shoots a free throw. If they score, that player gets one point and another attempt. If they successfully make three free throws, they have three points, but then they must check up with any defender and play one against the rest of the players in the game – as few as two opponents or as many as are competing.

If the player shooting the free throw misses, it is a live ball and any of the players on the court, including the one who missed the free throw, can gain possession with a rebound then must score a basket against all of the other players in the game. A defender can steal the ball from the offensive then can immediately score. Once a player scores, they go to a “free throw” distance and can shoot up to 3 shots as long as they make them consecutively. They receive one point for each free throw but if they miss, the ball is again a “live ball.

Variations of the Game:

New York City 21 can be played on a 360 Hoop the same way but with greater opportunities to score with 3 baskets. Additionally, New York City 21 played on a 360 Hoop can be done with multiple balls at the same time instead of a single ball. Playing with 2 or 3 balls at the same time, especially as the number of players increases, will increase the opportunities and effort of all players involved.

There are some great advantages of playing New York City 21. Offensive players must score against multiple defenders and all players must fight for the rebound or loose ball against more players than they would in a normal game of pick up basketball which will improve a player’s toughness, independence, confidence, as well as many other basketball skills.